Why Do I Write ~ Amy Pence

WHY DO I WRITE ~ Amy Pence 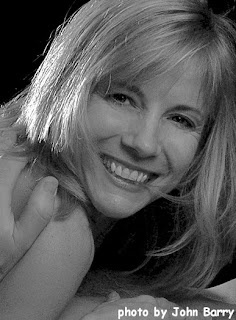 When I consider the question: “Why do you write?,” a spiral comes to mind. I grew up among humid courtyards and peered over balconies in the French Quarter: Chartes, Bourbon, Barracks, and Decatur. There, I sought to stay small, and so, unnoticed, I could observe. Like Oskar in the Tin Drum, I remained small (with much regret now). Walking the Quarter’s maze of streets—because we could even walk alone by ourselves then—meant that I could keep going into the interior— to find what was hidden: those talismans of value, beauty, and terrible isolation. There were lives lived on street corners, artists hanging their wares, musicians toiling alone; there was a thick history (and energy) ensconced in an object—spectacles, a photograph, a handkerchief; there was the foul smell of watermelons split open and rotting on the pavement, the low throaty sound of arriving ships at night. As I grew older, writing became a mysterious spiral that could enfold detail, figure, sensation, memory. I wound somatically inward. Writing—at first just keeping a journal—helped me—like many writers and artists—to track what felt intolerable in my home life. It enabled me to cope with the contradictions of my adolescence in Las Vegas. Through writing, I could begin to grasp meaning, identity, and essence. Poet Jane Hirshfield understands that “The writer reaches by means of language into the outer world—the world of things, and also of words themselves and their storehoused wisdom—in order to question and discover the texture and substance of being.”

Now in mid-life, I’ve found that the way in is also the way out. Writing non-fiction, and now fiction, means that I can better find my way out of the labyrinth. Beyond the centered minotaur, worlds appear, and lives radiate from this one. While the poem distills, the story opens a vision that encompasses as much of other lives as I can imagine. It is essential as an artist to find the way out of the spiral. Even more, such fruition is essential to evolve as a human and to know compassion. My favorite quote from Adrienne Rich is “Human eyes…[see] resemblance in difference—the core of metaphor, that which lies close to the core of poetry itself, the only hope for a humane civil life.” For me, writing can bring all of us closer to this metaphor: life lived in & out of form.
Posted by Dustin Brookshire at 10:02 AM

Labels: Amy Pence, Why Do I Write

"life lived, in and out of form." Now, that's pretty brilliant. Amy Pence is richly talented, yet I feel she does not receive enough "notice". THANK YOU, Dustin, for spotlighting her!
Word verification: puremic
I find that really funny--is that like an open mic for virgins?